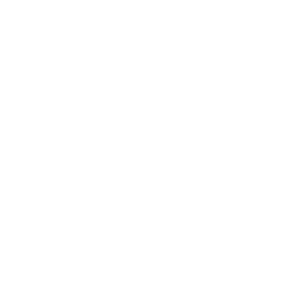 Welcome to Vatican II - Voice of The Church

Tap here to scroll down to read about our latest postings.

The mission of this website is to promote and explain the teaching of the Second Vatican Council (1962-65) which was the most significant event in the modern era of the Catholic Church.

The Council was instrumental for renewal in the self-understanding of the Church, its inner life and its relationship to other Christian traditions, other religions and the world. Those participating in or who lived through the time of the Council felt a profound, exhilarating sense of renewal and virtually experienced a new Pentecost. Pope St John XXIII set the tone when opening the Council:

The Church should never depart from the sacred treasure of truth inherited from the Fathers. But at the same time she must ever look to the present, to the new conditions and the new forms of life introduced into the modern world.

At times over the past half-century even to speak positively about the Council was to incur suspicion in some quarters. Now, more than fifty years after the Council, there is a renewed interest in the Council’s teachings, assisted by Pope Francis’ evident concern for all the People of God, and his actions that reflect the Council’s teachings on the governance of the Church. In 2017, speaking about the Council, Pope Francis called for the Church ... to announce the Gospel in a new way, more consonant with a profoundly different culture and world and he added The Church must always refer itself to that event [Vatican II].

With the many concerns facing the Church, it would be well to recall the words of Pope St Paul VI, speaking soon after the close of the Council:

Whatever were our opinions about the Council's various doctrines before its conclusions were promulgated, today our adherence to the decisions of the Council must be whole hearted and without reserve; it must be willing and prepared to give them the service of our thought, action and conduct. The Council was something very new: not all were prepared to understand and accept it. But now the conciliar doctrine must be seen as belonging to the magisterium of the Church and, indeed, be attributed to the breath of the Holy Spirit. (Paul VI to the Roman Curia, 23 April, 1966)

Although the Second Vatican Council took place in the 1960s, it has lost none of its relevance more than half a century later and should still be centre place in the consciousness of the Church. As St John Paul II wrote on the eve of the new millennium:

The website benefits from articles and essays by those who experienced the Council first-hand and especially Cardinal König of Vienna and the English Benedictine Christopher Butler. Both were distinguished scholars, Council fathers and members of the influential Council Theological Commission.

Read a more comprehensive explanation of this website’s relationship to the Council which also contains a list of essential reading.

The Sixteen Documents of the Council

Who Was Who - Papal Voices

Our free one-page leaflet will rekindle the hope and promise felt by those who lived during the times of Vatican II.